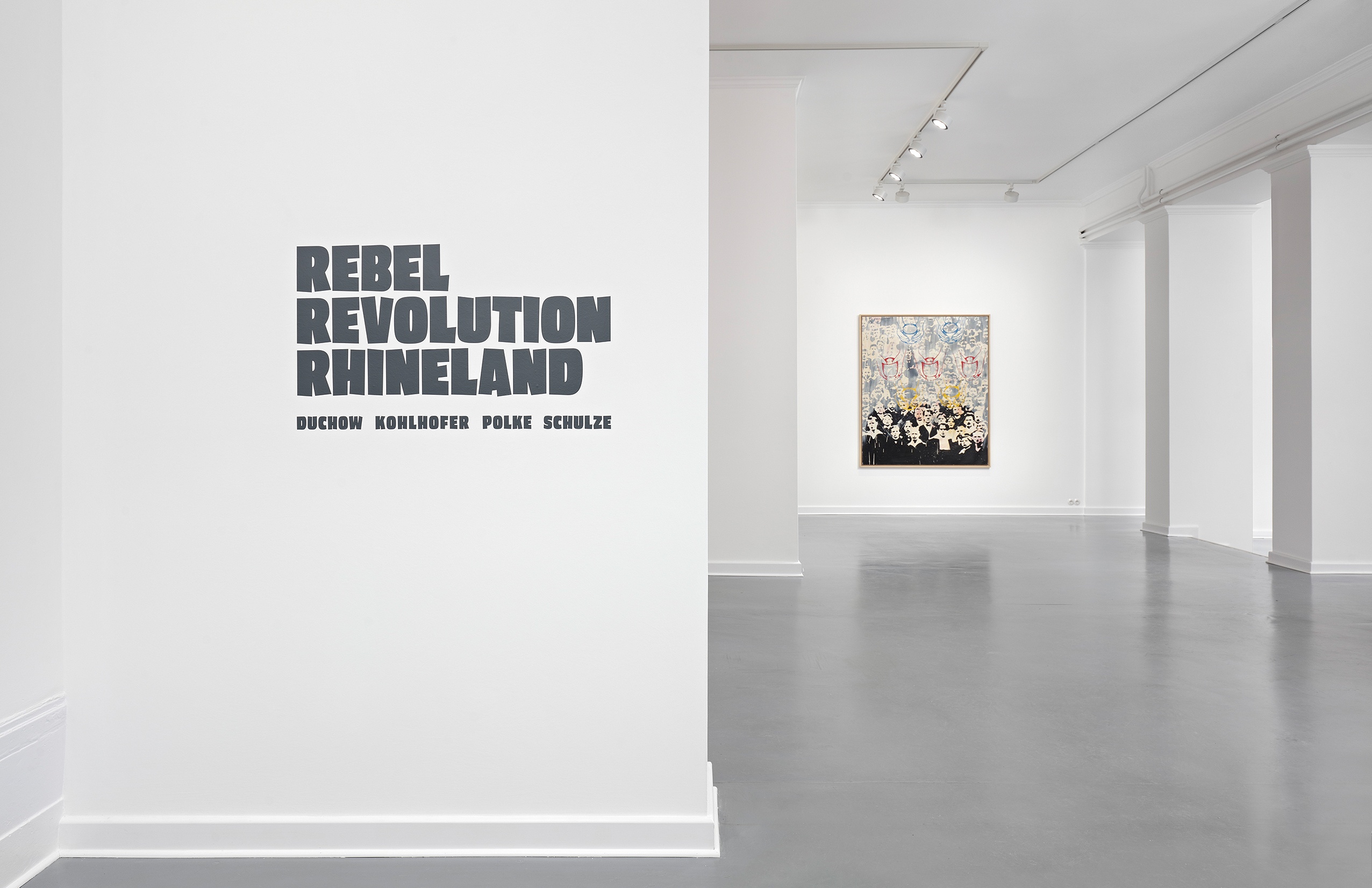 29.04.–26.06.21
SETAREH Berlin is pleased to present the opening exhibition showcasing Achim Duchow, Christof Kohlhöfer, Sigmar Polke and Memphis Schulze. The Rhineland rebels were the analogic predecessors of the information revolution. Wild, playful artists aiming to make fun of everything. They created artworks with a critical undernote, in which they stated, with their very characteristic creative expressions, their opinion about what was happening in the world. Duchow, Kohlhöfer, Polke and Schulze recorded with acrylic paint, sprays, collage and photographs, amongst other, the events that were taking place around them. The focus was set on what the official art history criticism omitted. It was better to take things too far, than to produce an indifferent or authoritarian position.The Rebel Revolution Rhineland group grew up in the era of Rock & Roll in the post war west Germany within a constant fluctuation of events. A nonstop succession of ideologies, movements, cultures and countercultures: the student revolution of 1968, the hippie era, the punk scene, etc. This effervescence bursted a permanent state of creativity that explored new techniques and reflected on society’s habits and obsolete rules. As if it were a treasure hunt, the artists lived on a constant quest for information and new resources. Research was executed on the field: travelling, speaking to people of different backgrounds, reading, in boulevards and exploring philosophical theories.

Transcending beyond the standard parameters of society, four very different people worked, constantly and with effort, towards creating art that reinterpreted existentialism and which message was impactful. Existence was a matter of coexistence. Every one of them brought something to their shared artistic practice. Duchow, political and sharp, presented the concepts and the raw ideas that hit directly. Kohlhöfer introduced the mixed media, the variety of materials that came from subculture. Magazines, spray paint and collage were his instruments. Polke kept the edgy and contemporary ambience, following closely the tendencies of the time. Schulze connected the aesthetics and the music culture, as well as the Rockstar attitude, with their art. Music, music hours, abundance of lyrics, of rhythm. A colossal collection of records that was the soundtrack of this original, inventive and astute atmosphere.
Inquire 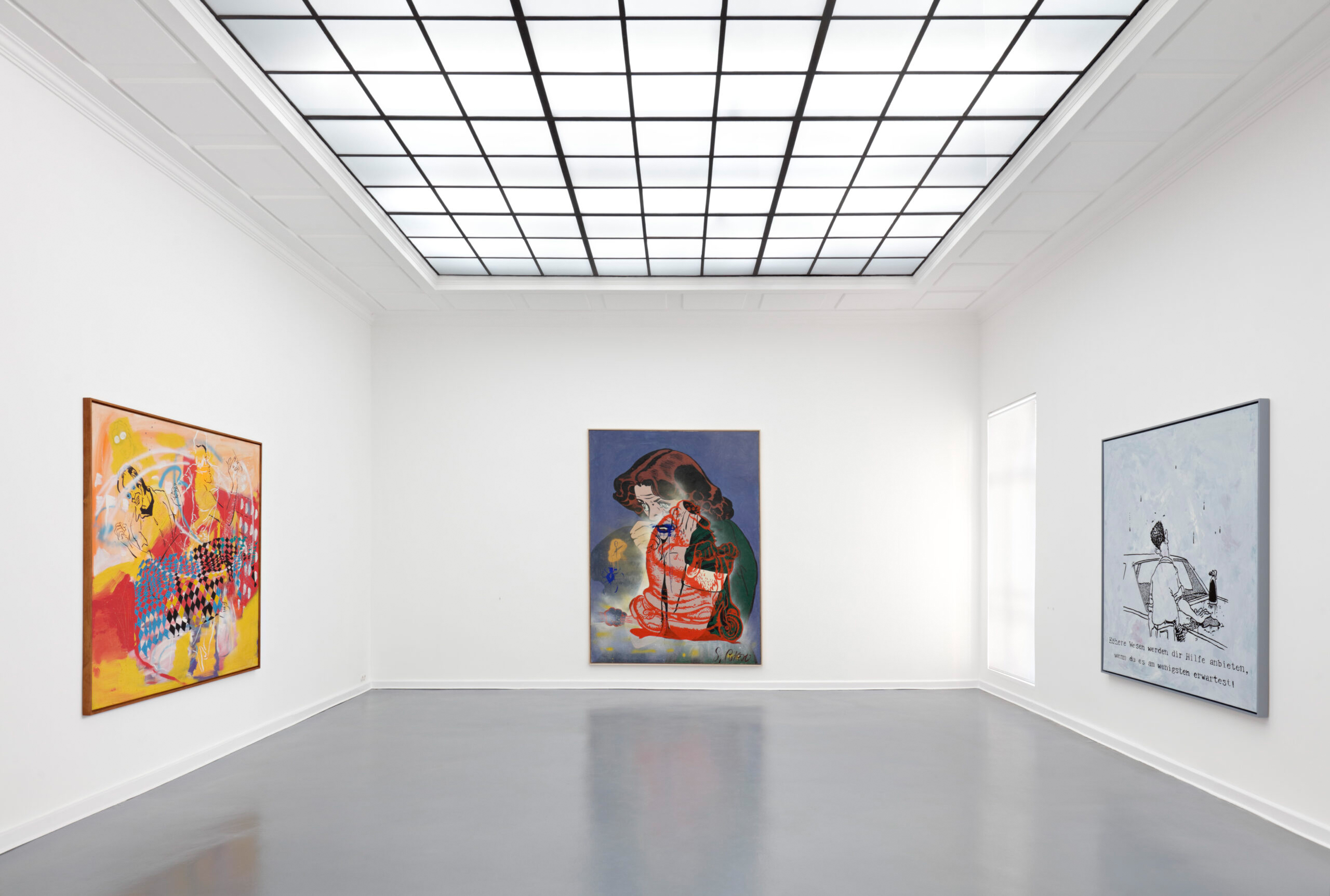 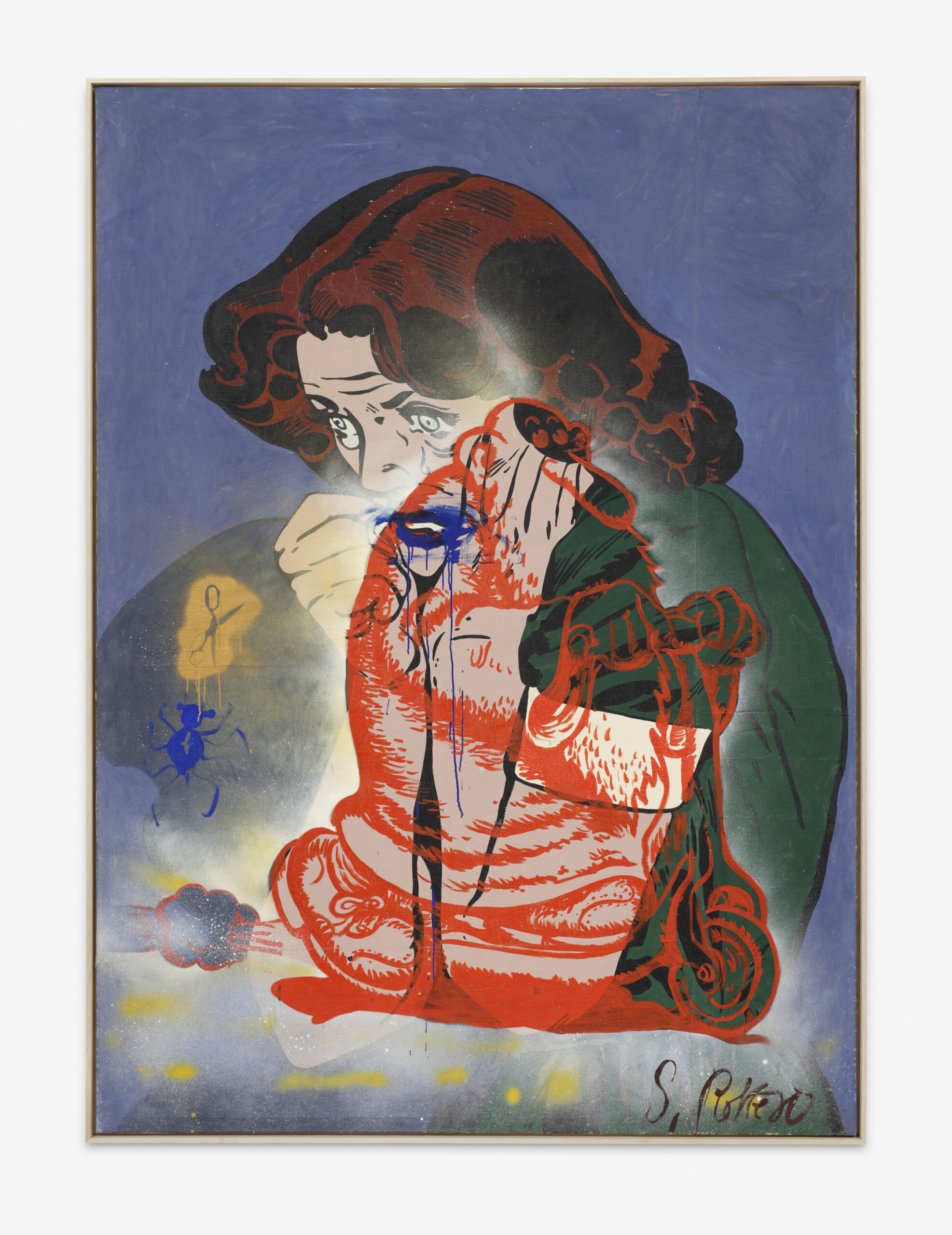 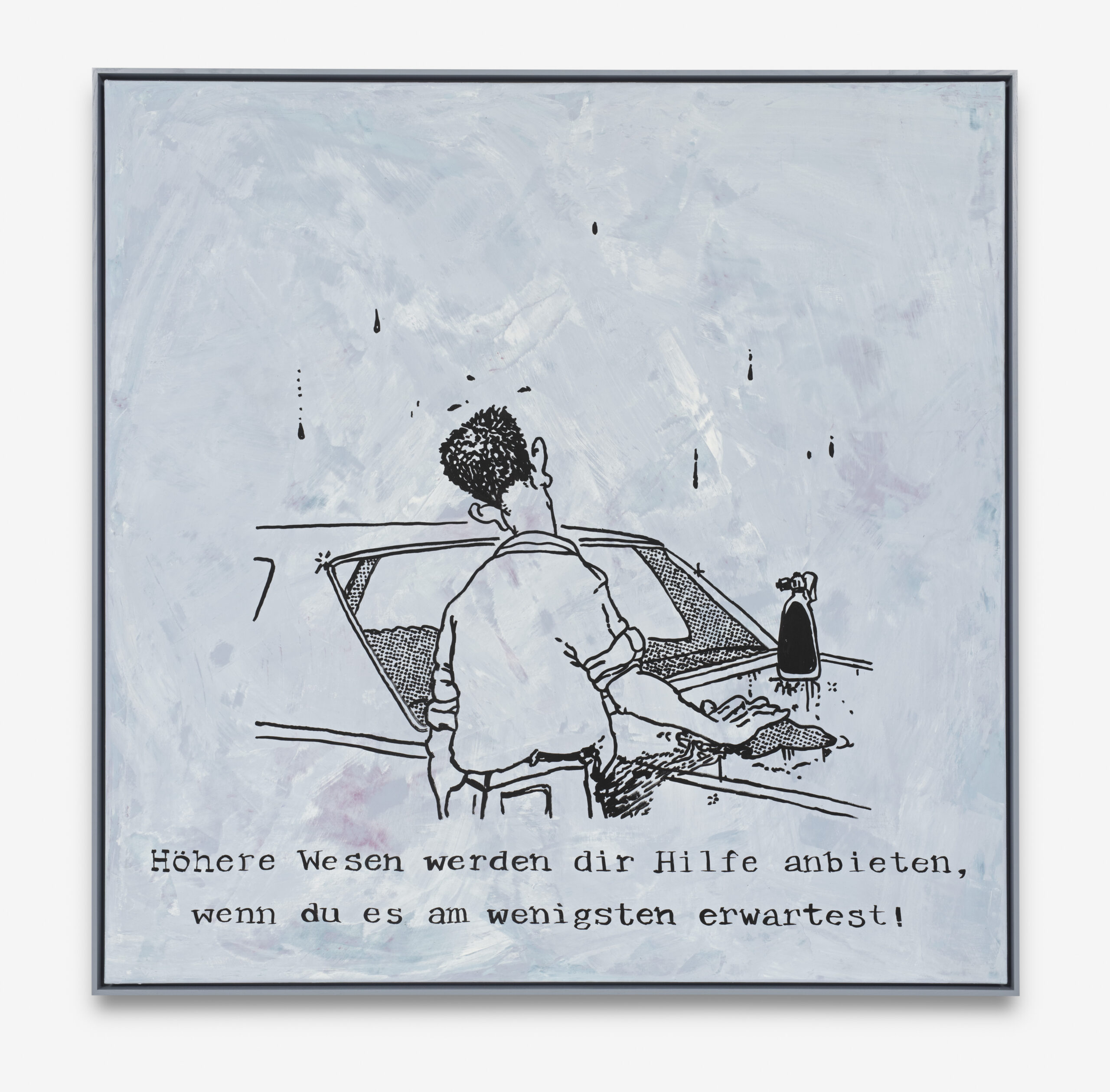 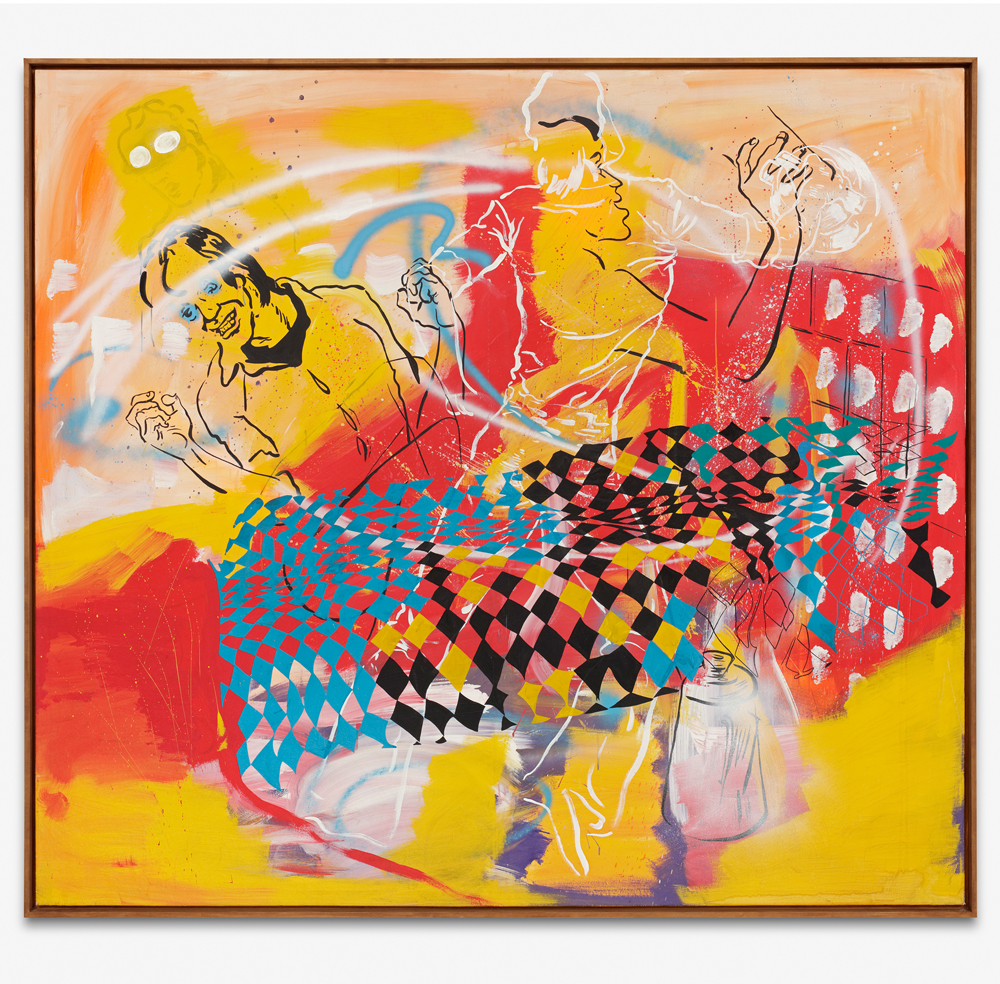 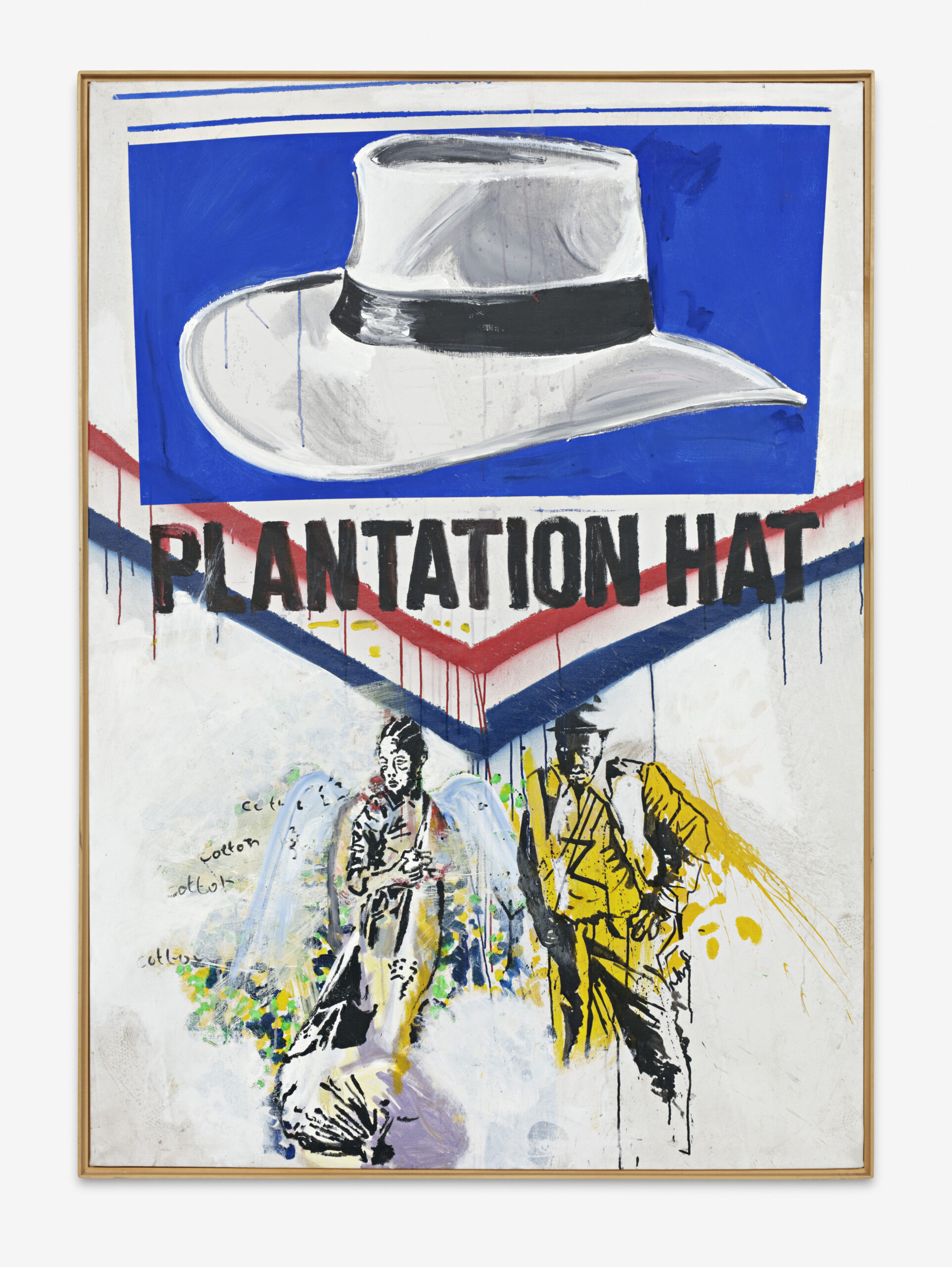 CHRISTOF KOHLHÖFER
Plantation Hat (I Can BE Anything You Want Me To Be), 1982
Acrylic on silkscreen on canvas
180 x 129 cm
Inquire 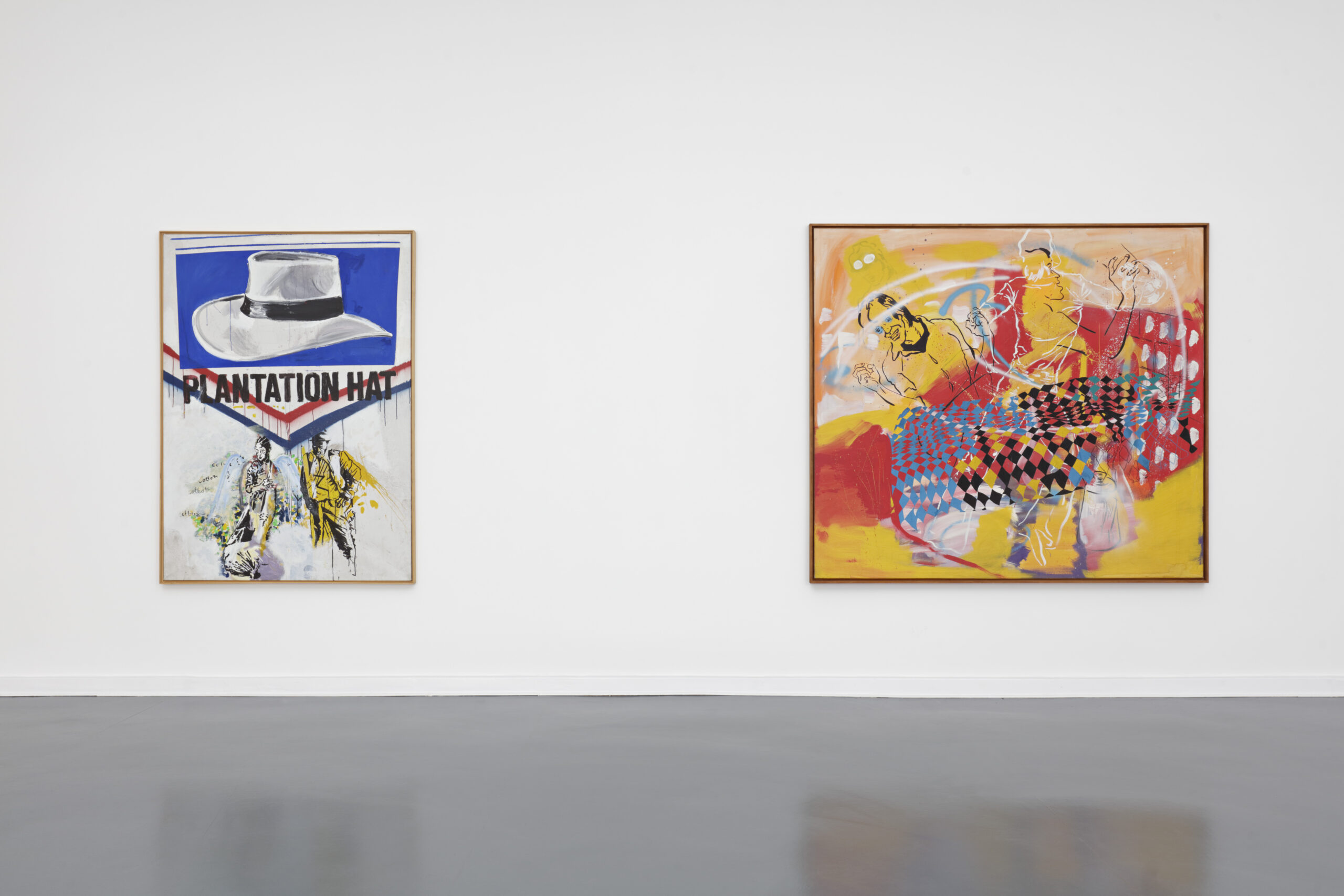 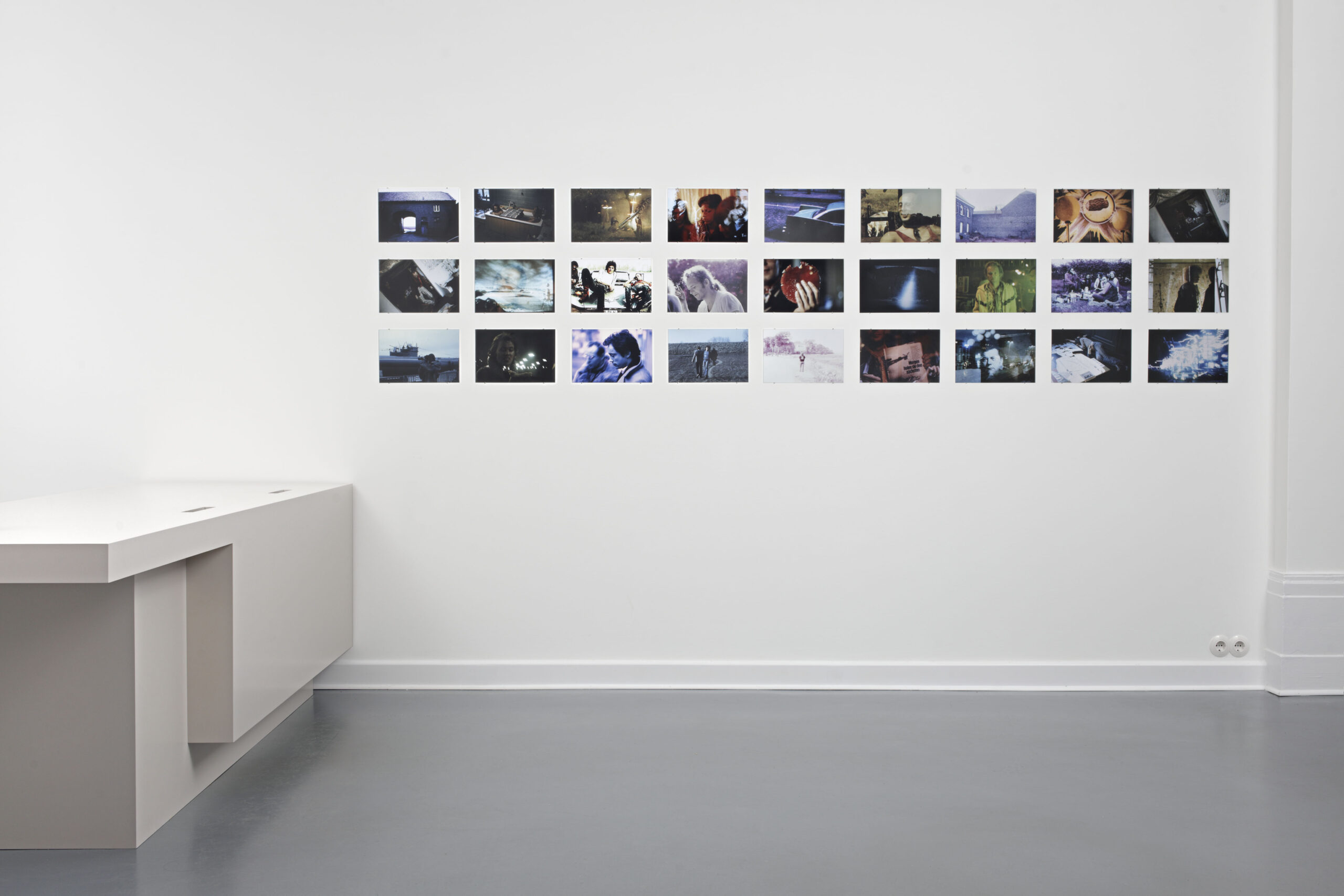 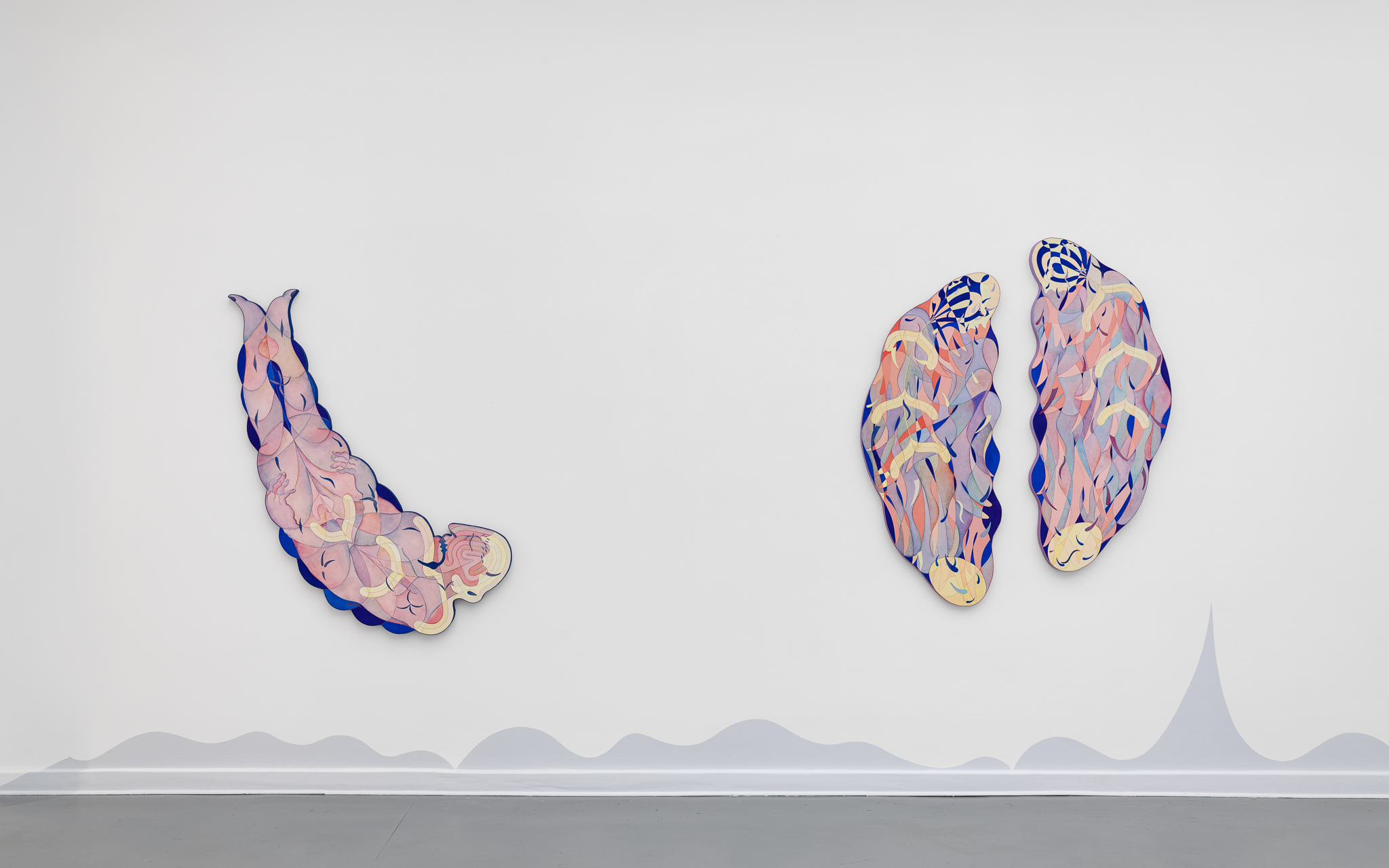 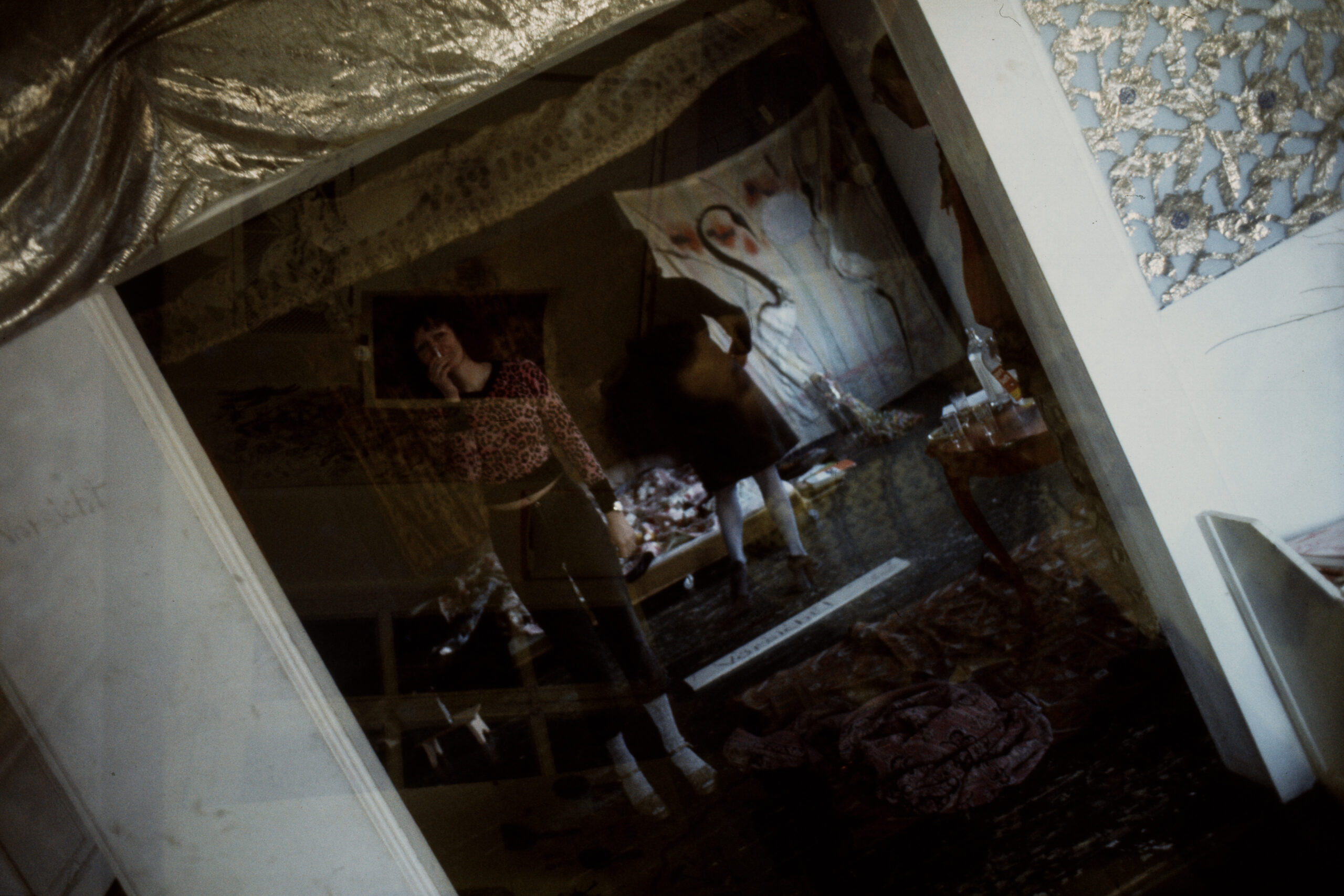 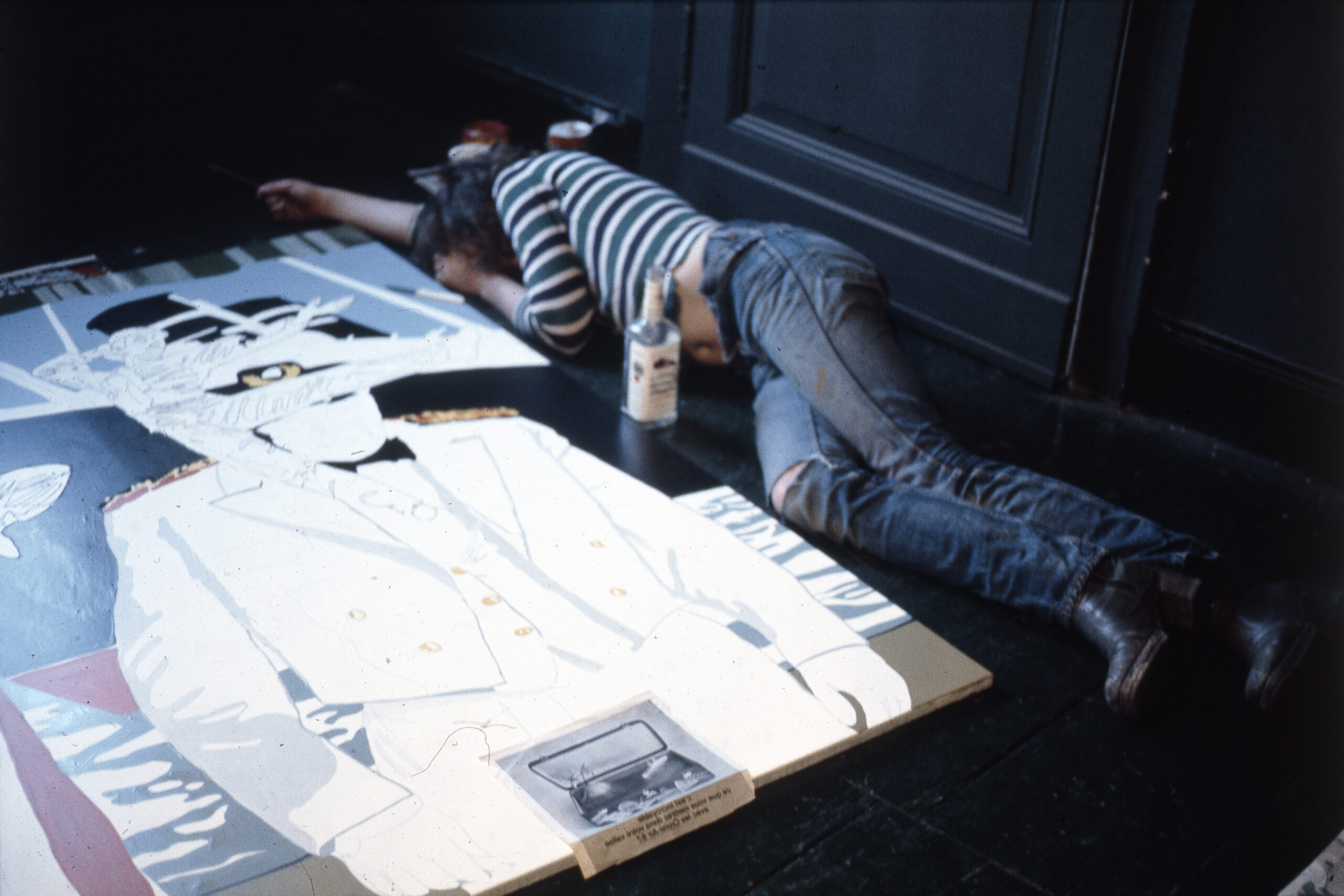 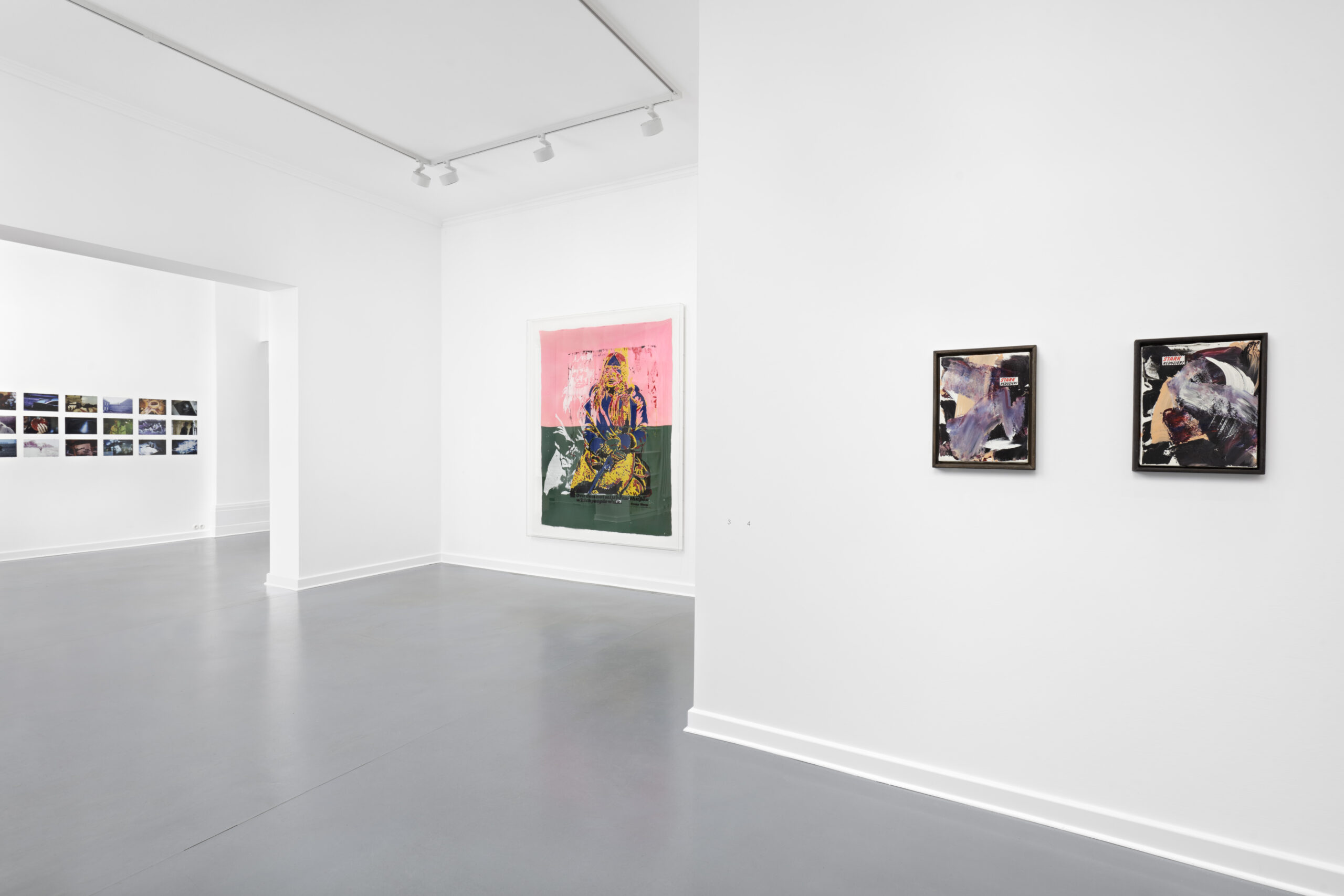 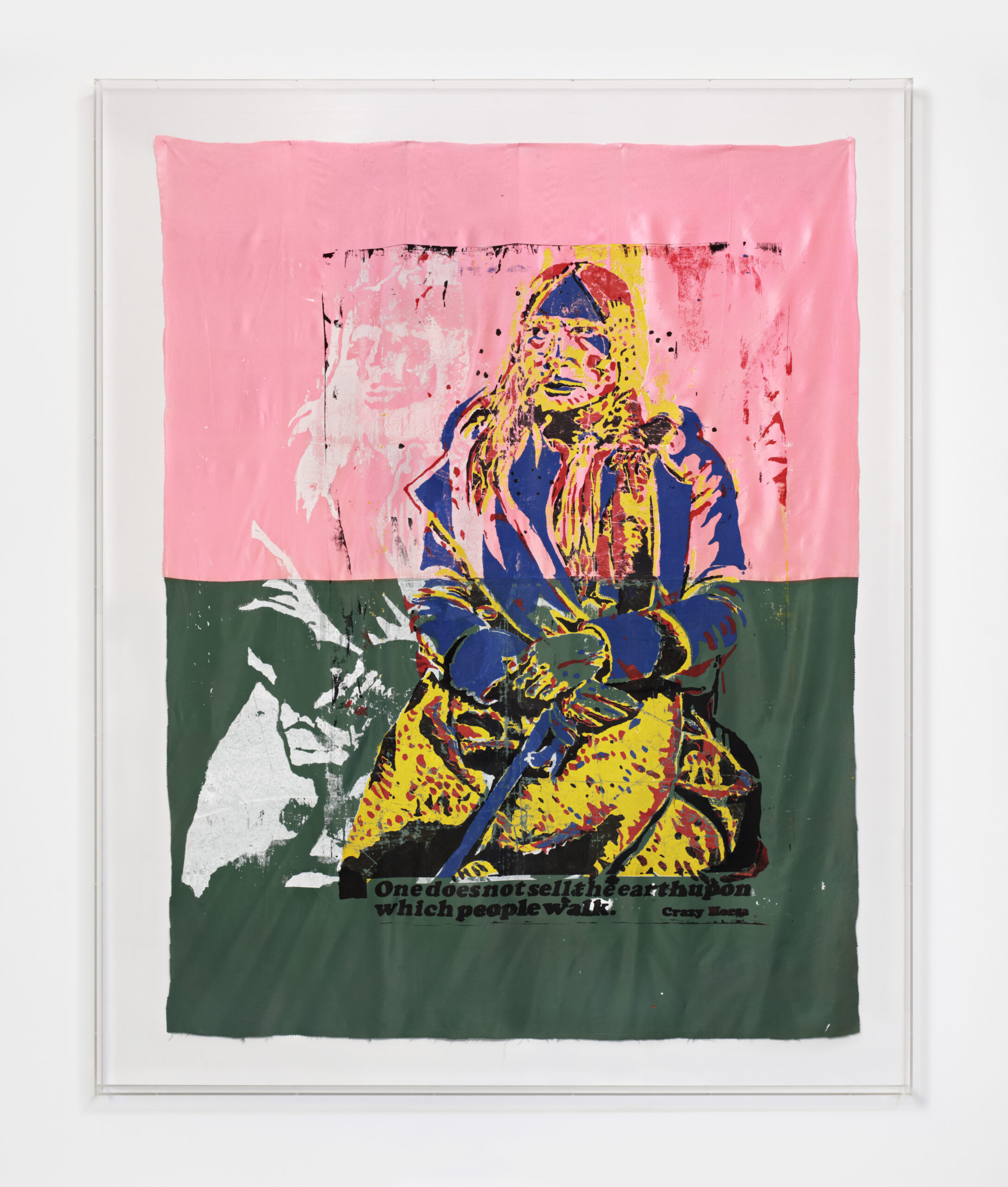 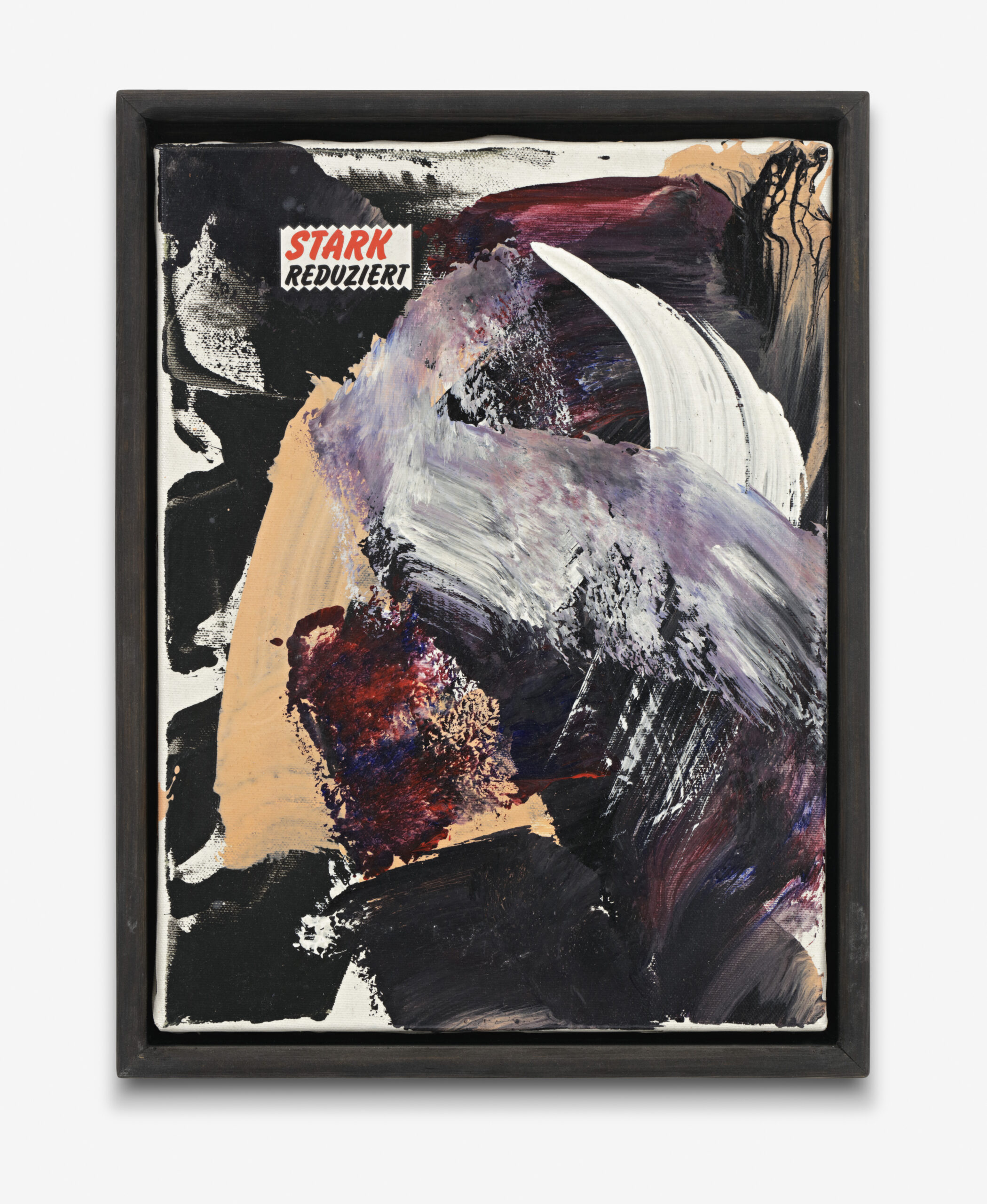 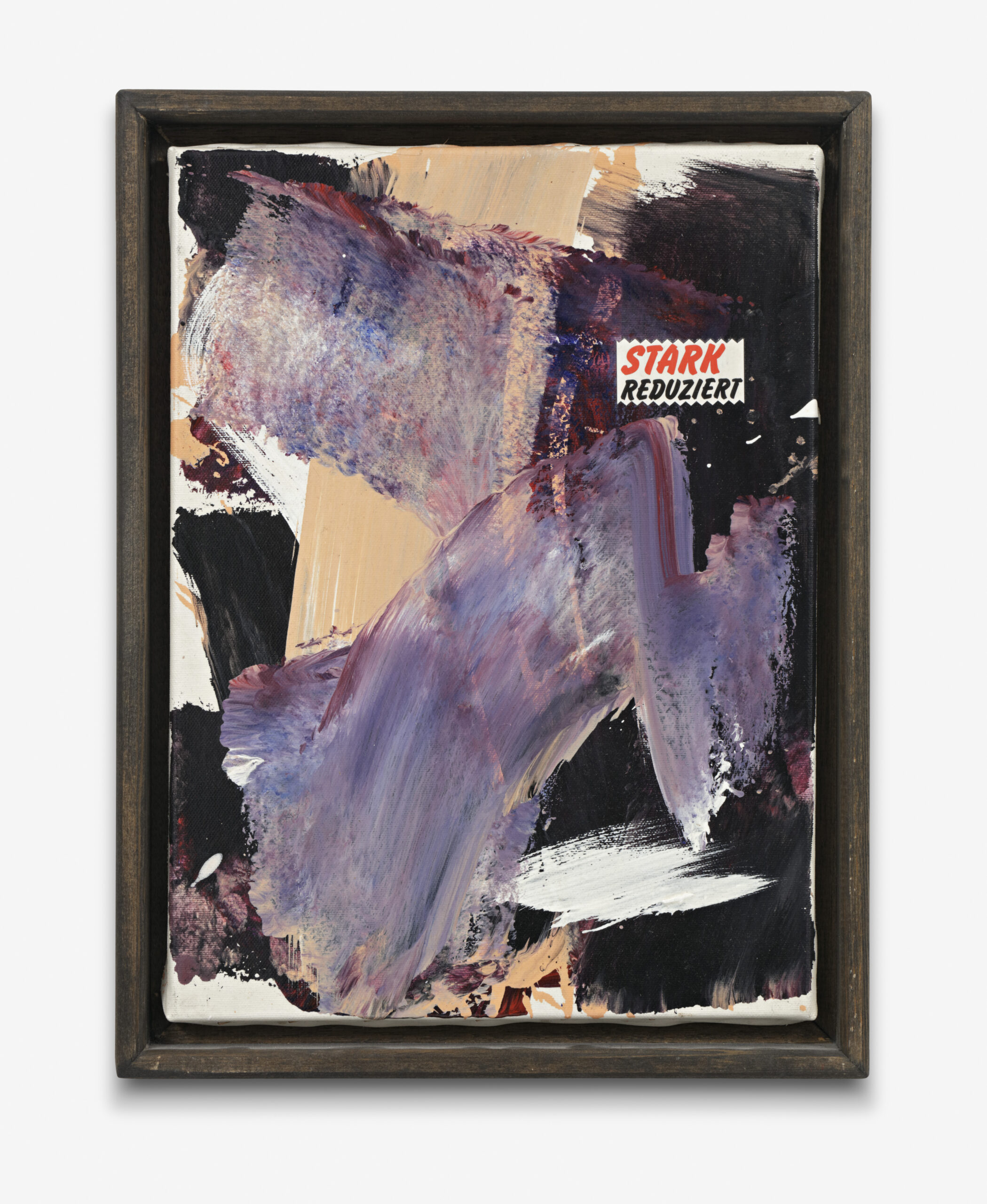 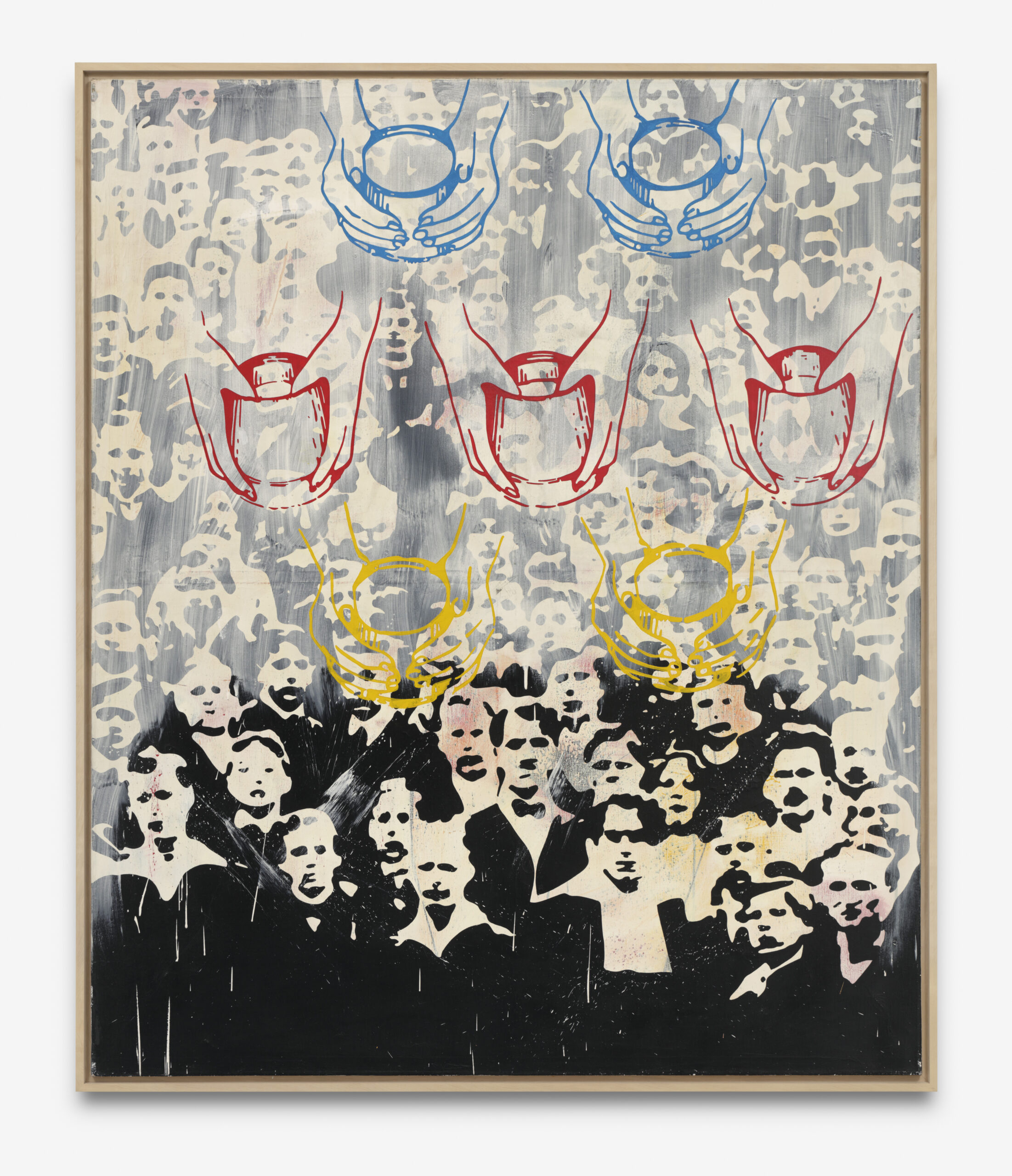 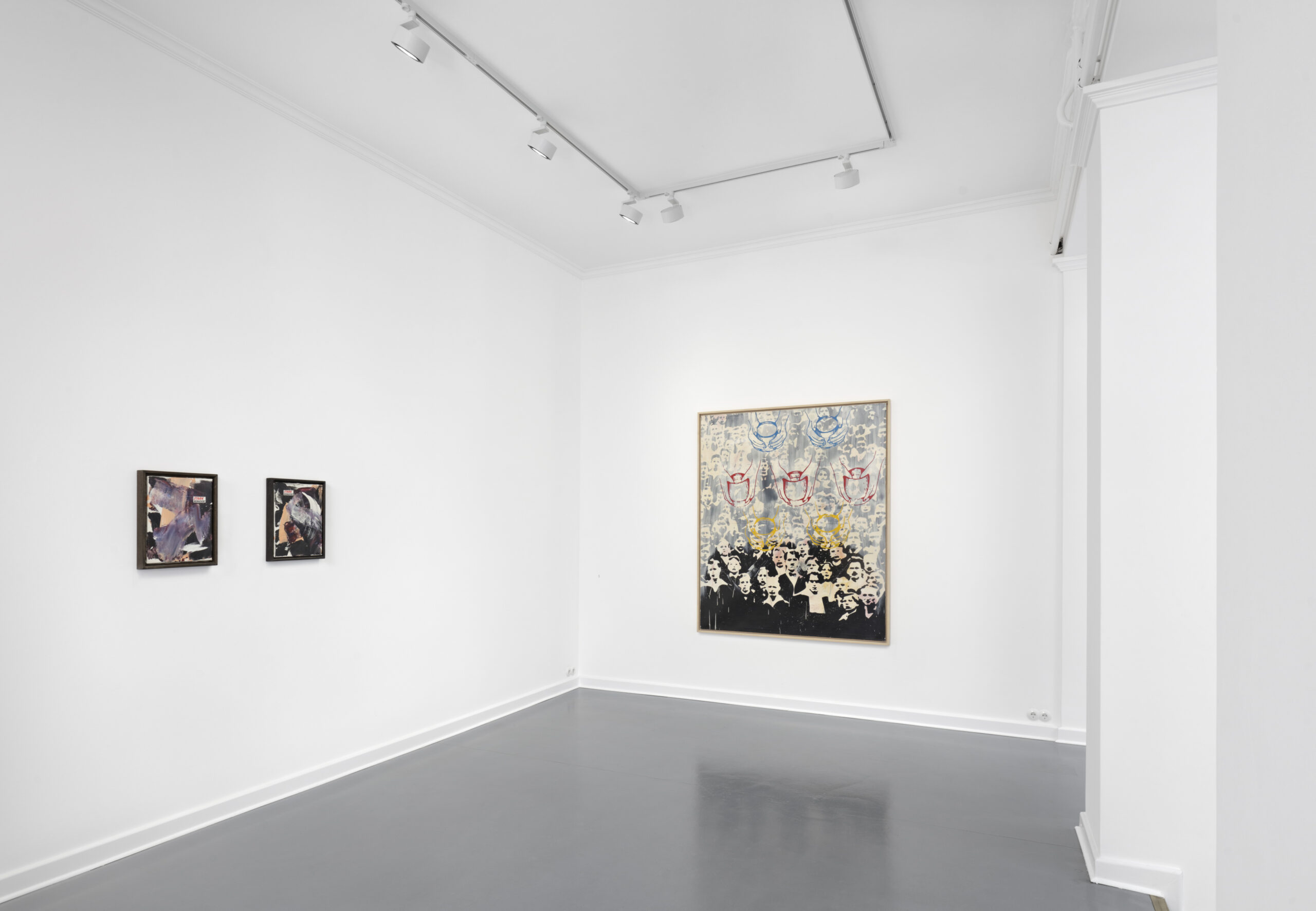 In 1975 when the four artist were on their way to an exhibition at the Kunsthalle Kiel, they decided to capture their ride and make the adventure an exhibition on its own. They actively place their artist identities and their own lives in constant dialogue with their work and the rest of the group, entangling their essences, their thoughts and their spirits.
Their free spirit becomes a part of the Berlin exhibition through the Buick Adventures Diashow. 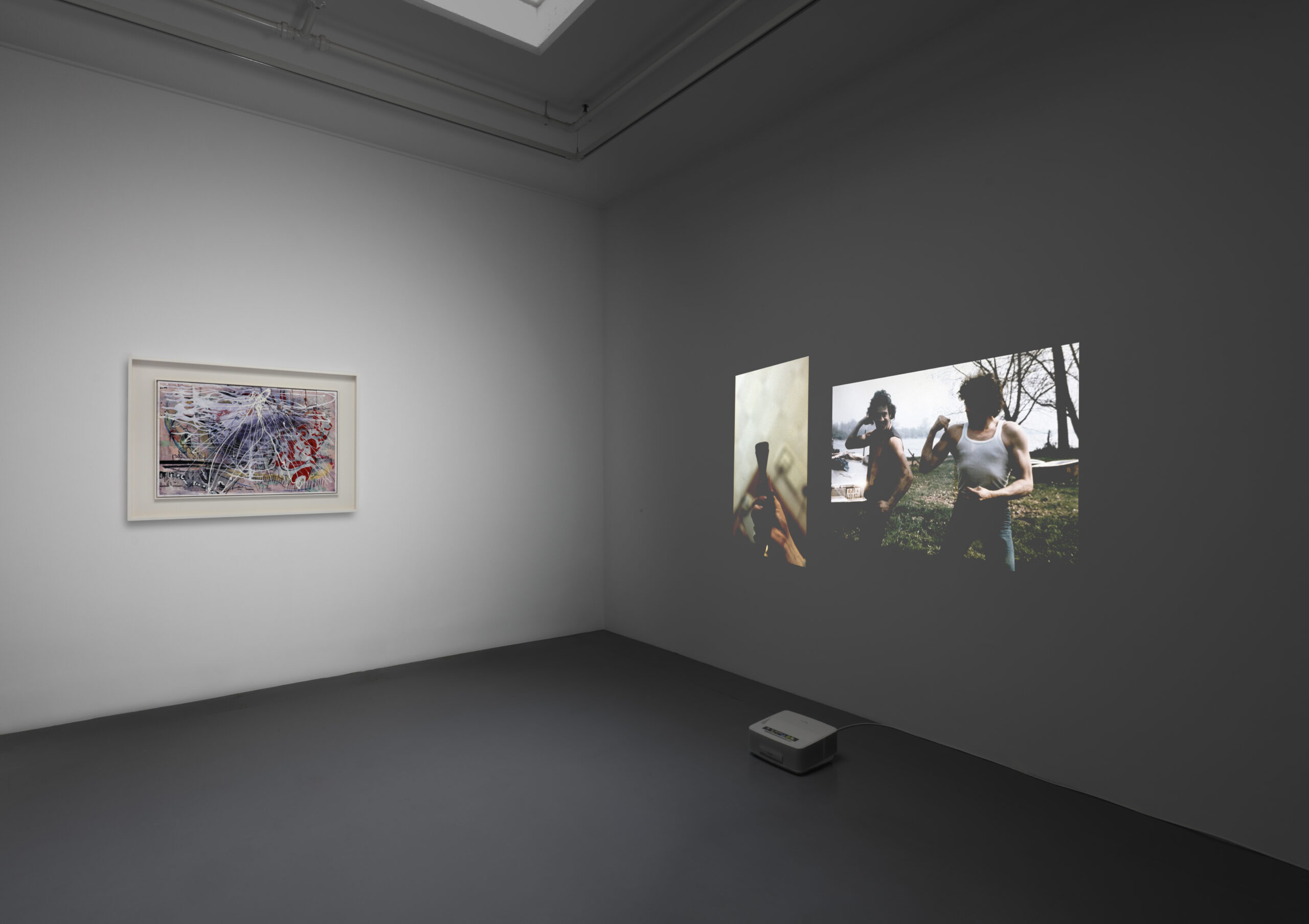 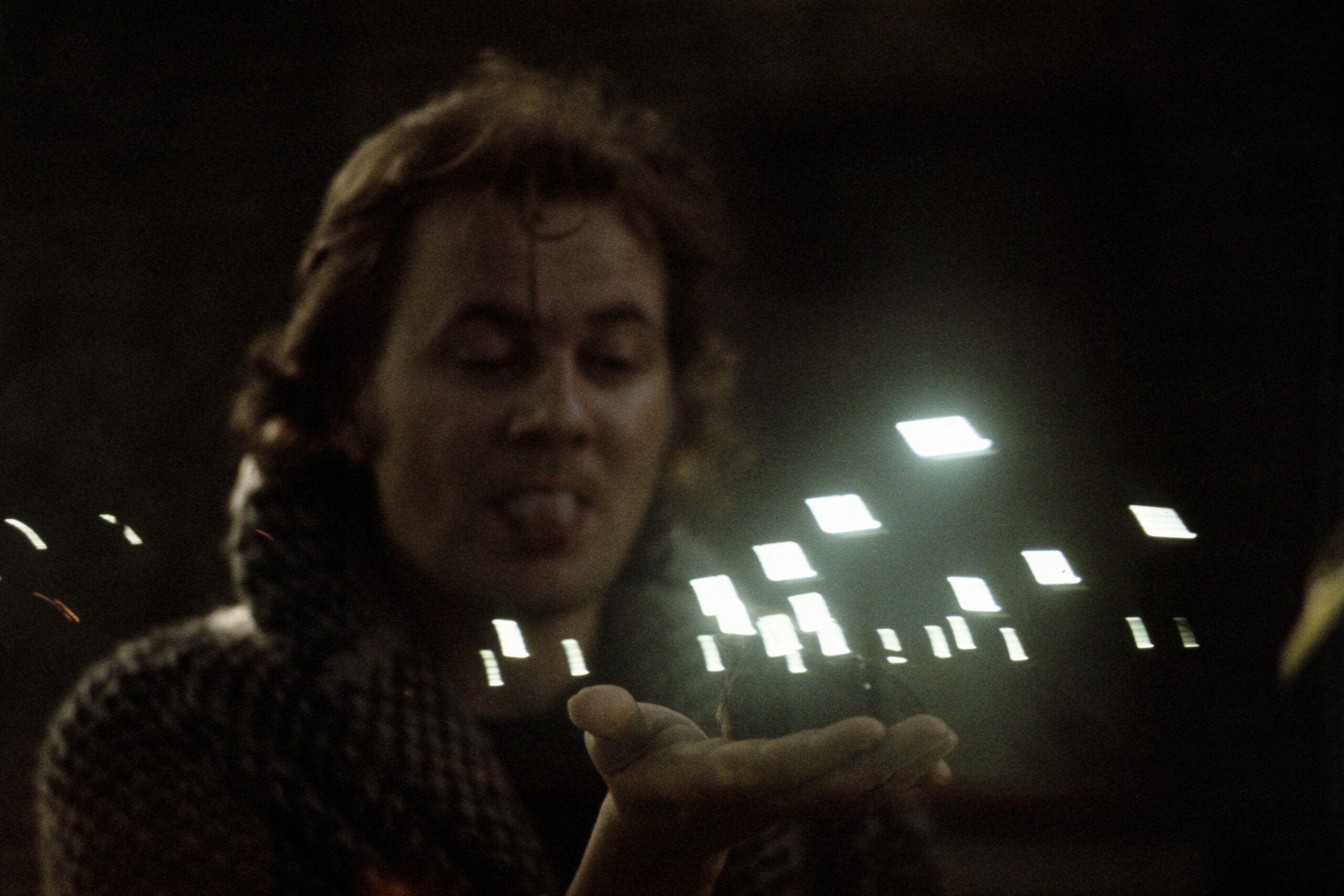 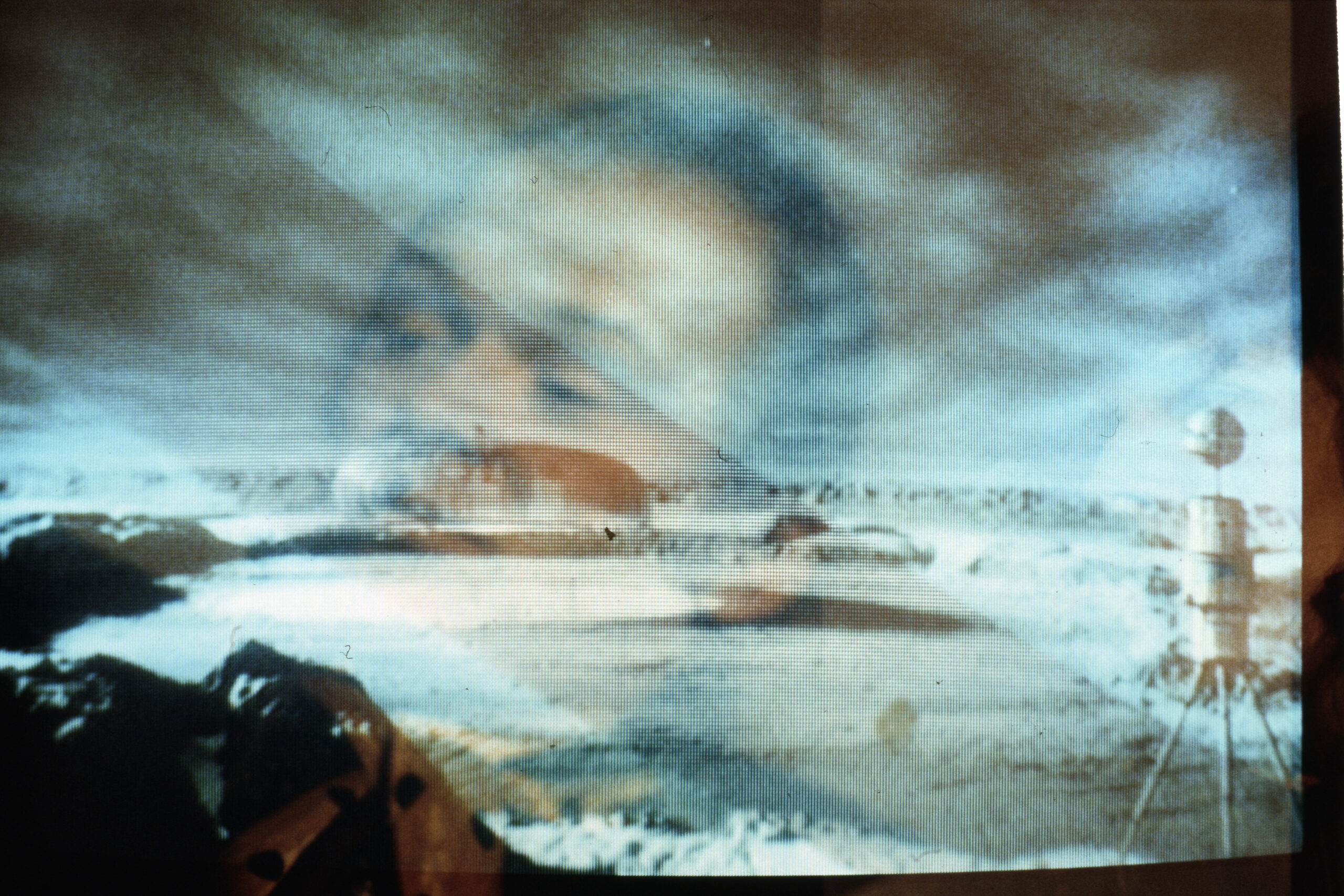 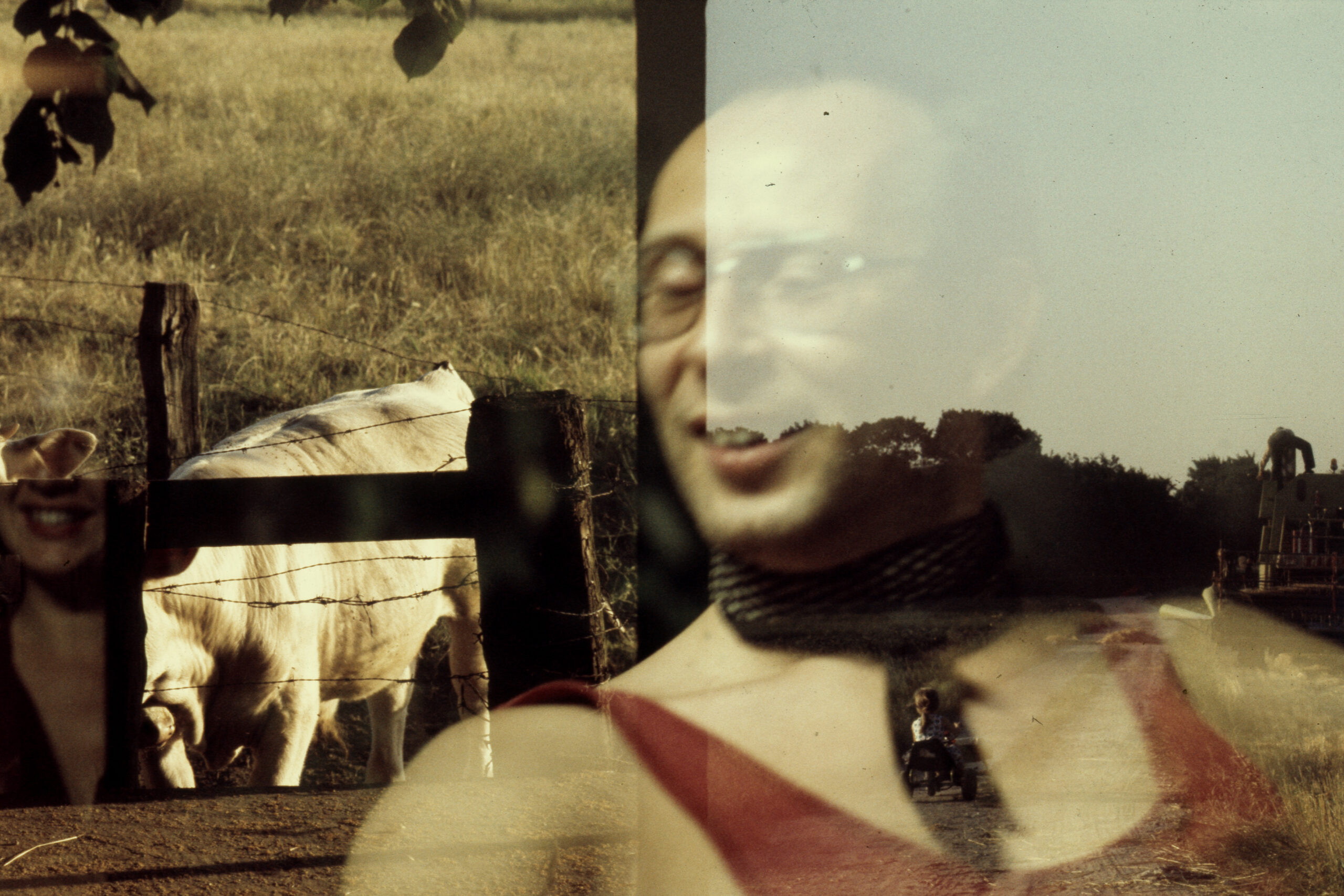 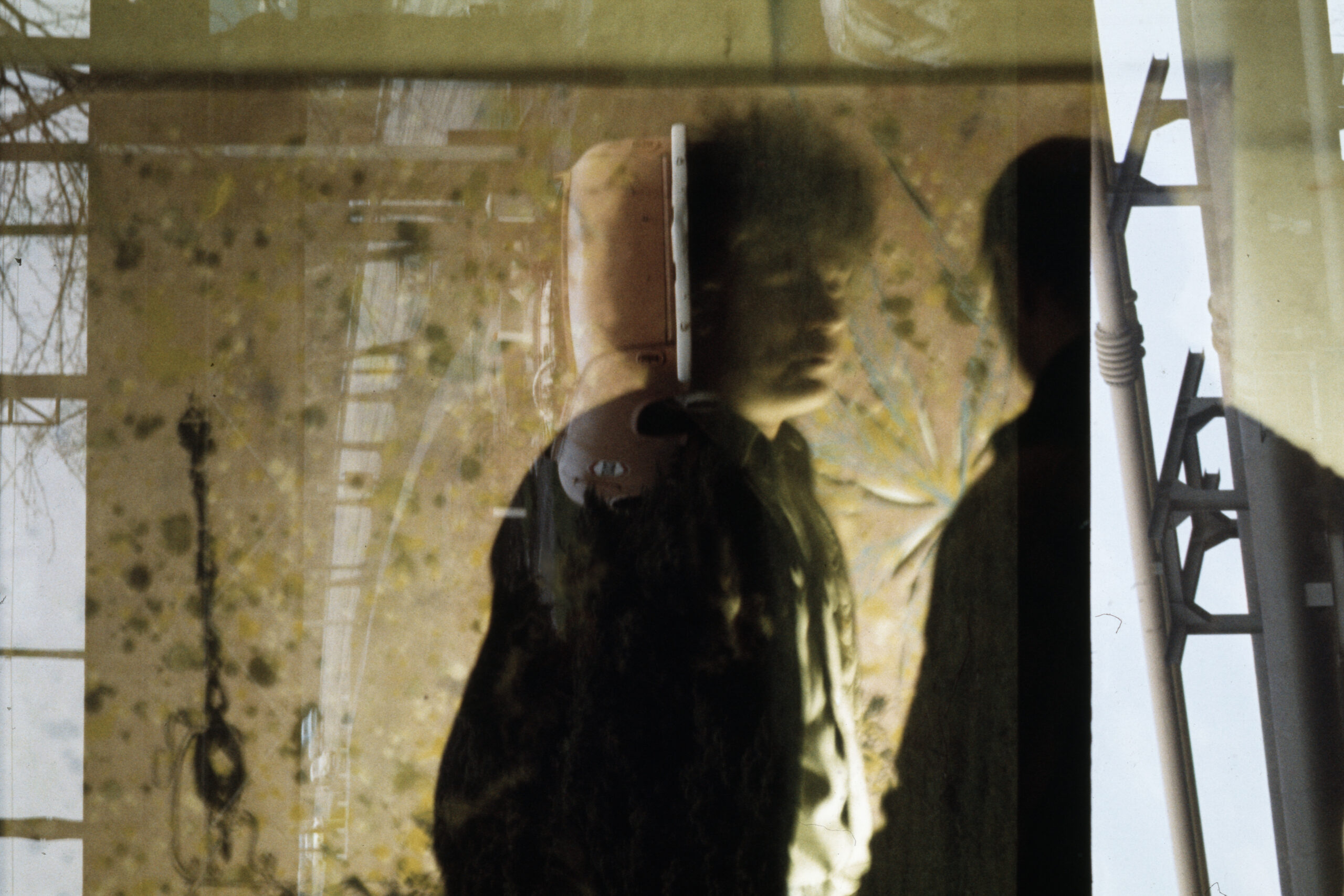